While Volbeat Rum I and II were limited batches that mostly graced specialty stores and went on to become collectors items amongst rum connoisseurs, Volbeat Rum III has been blended and produced with the goal of making it widely available and reasonably affordable.

Volbeat Rum III is a “uni-rum” – a universal rum for everyone, from distinguished rum connoisseurs to a more casual imbiber, and it hopes to make rum fans out of those who were not previously.

Just like one VOLBEAT song can turn a casual listener into a fan, one sip has the same effect when it comes to Volbeat Rum III! 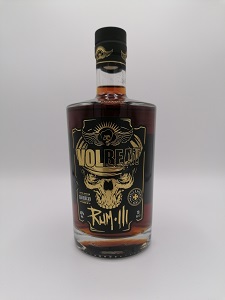